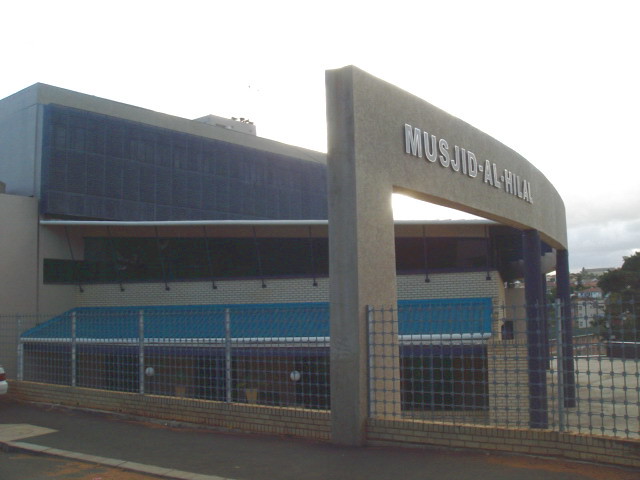 Mufti Afzal Hoosen Elias Saheb Rahmatullahi Alayh was a senior Aalim of South Africa who contributed hugely in numerous ways for the upliftment, protection and advancement of our Deen.

Mufti Saheb was a remarkable individual who despite his busy schedule, never shied away from engaging and interacting with people, be they young or old. His passion to speak and promote Haqq (truth) was his trademark, which earned him respect throughout the world.

Mufti Saheb was also a qualified draughtsman and graduated at the ML Sultan College, Durban prior to his enrolment at Darul Uloom Deoband.

Writing and translating Kitaabs was Mufti Saheb’s passion. Kitaabs were his constant companion whether at home or on journey. Mufti Saheb has left behind as a legacy, the compilation, translation and publication of over 600 books in every sphere of Islamic knowledge that one can think of, Subhanallah!

Among his many accomplishments in this field was the translation of Mufti Aashiq Illahi’s (RA) tafseer, Anwaar ul Bayaan, “Illuminating Discourses of the Noble Quraan”. This Tafseer was published in 10 volumes, each volume consisting of +- 500 pages and was the first complete tafseer translated in the English language.

Another jewel of Mufti Saheb’s legacy was the easy to understand translation of the Quran titled ” Quran made easy”. This translation has gained widespread acceptance amonst the general public as well as the Ulama fraternity.

Other pertinent and valuable publications of Mufti Saheb include:

Many of Mufti Sahebs publications have also been recorded in audio format for the benefit of the blind. Mufti Saheb also conducted Q&A programs for many years on different radio platforms and Masaajid. 100s of these progams have recorded and are available on his website: www.alislam.co.za

Mufti Saheb served as the Deputy Ameer of the Jamiatul Ulama KZN. He was an active member of the Jamiat, who till his last moments served the organisation with the sole intention to protect and uplift the Deen. His attendance at the Shura meetings was highly valued as he was able to skillfully navigate and resolve the most intricate of issues.

Despite his busy schedule, Mufti Saheb attended the office each Thursday encouraging staff and providing invaluable advice to whoever sat with him. His relaxed manner and light-heartedness attracted each and every staff member, which will be sorely missed.

His close link and interaction with the community was a prominent feature. He was often seen at a different Masaajid for each Salaah. He would deliver Jumuah lectures throughout the country and would regularly travel to remote areas to perform the Jumuah. Mufti Saheb gave such importance to the Jumuah platform that even on the week of his demise, in spite of severe illness, he had agreed to deliver that Friday’s Jumuah in Stanger.

During Mufti Saheb’s travels abroad, he was even more active in spreading the message of Islam. It was not uncommon for Mufti Saheb’s to deliver 4-5 discourses on each day of his travel.

Among his noble habits was that he would always remain in the state of Wudhu. Mufti Saheb was very particular about his Salaah in congregation. He was loved by his Asaatizah (teachers) and would often relate fond memories of them and the lessons learnt at their feet. Mufti Saheb retained his close relationship with his Asaatizah throughout his life and would often travel lenghty distances to meet them.

His cool and calm persona coupled with his warm and friendly nature captured the hearts of many. Mufti Saheb was loved and held in high esteem by people across the globe. Mufti Saheb’s demise is an immense loss to the Ummah at large and particularly to those individuals, communities and institutions who were enriched by his presence and support.

“There are some who have passed away but whose rich legacy remains alive.

While others are alive but their (poor) character has rendered them dead in the eyes of mankind.”

Mufti Saheb’s Janaaza Salaah was performed on the day of his demise, Wednesday, 25 April 2018 / 8 Sha’baan 1439 at Masjid Hilaal, Durban. Thousands attended his Janaazah. He is buried at the Hilaal Qabrastan in Durban.

We make dua that Allah Taála accepts Mufti Saheb’s devotion and his many sacrifices and services for His Deen. May his rich legacy serve as a means of guiding multitudes to the correct practise of Islam and may it be a means of him gaining the highest stages in Jannatul Firdous, Ameen.